I sent a joke by email to several friends and old high school classmates recently. The responses I received to the joke (only a few) were positive, except one of my old classmates, Mary, responded - offended and upset about the contents of the joke, and oh boy she really let me have it!

Hi Stephen,
I value you as a former classmate and a friend, but we in no way share political or social views, and yet, somehow, we're both decent human beings who care about our families, our country and our world. I don't want to get emails that simplistically slam 'liberal' world views while adding nothing to the discussion of how to bring people together to solve tough problems and make our world more just and caring. For everyone. That's the discussion I'm interested in. If you've got something along those lines, send it, but if not, let's stop right here.
Best, Mary

From: Stephen Kappesser
Posted by Stephen at 7:17 PM No comments: 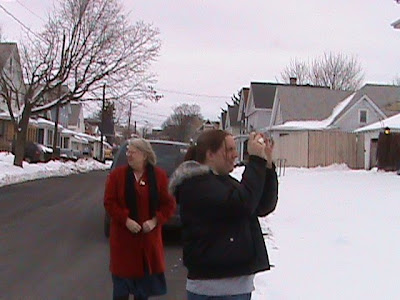 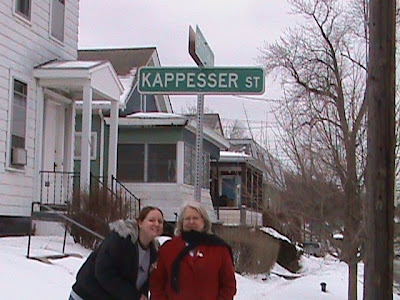 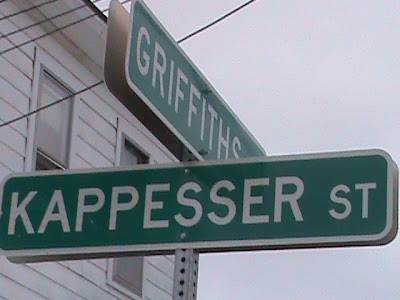 On a recent trip to Syracuse, NY we took some photos on Kappesser Street, named after Medal of Honor winner Peter Kappesser, one of my forbears.
Peter Kappesser was a Civil War hero, and my great great great Uncle...so to honor him, the city of Syracuse, his hometown, named a street after him. It's in North Syracuse in the area my Dad was born and raised.
You can read all about him on WIKIPEDIA...

Posted by Stephen at 2:43 AM No comments:

New Photos: Snow at the Homestead 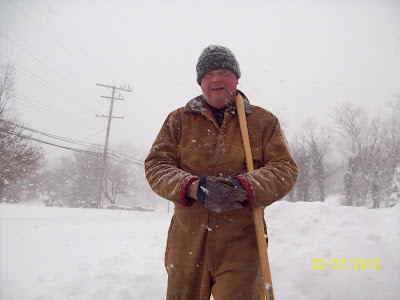 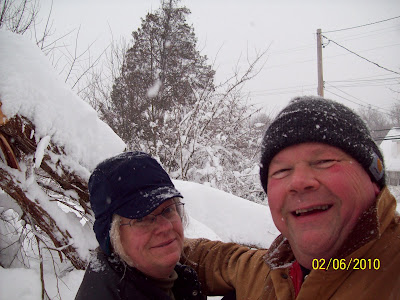 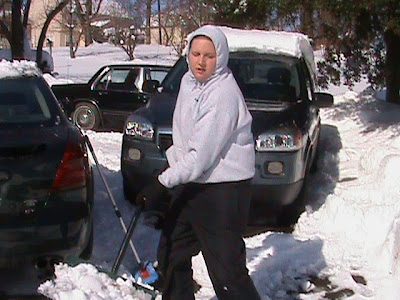 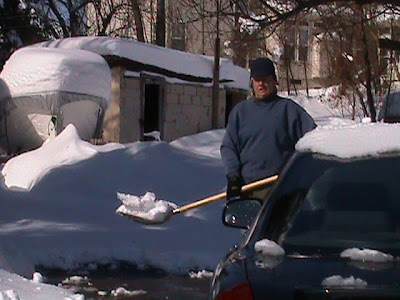 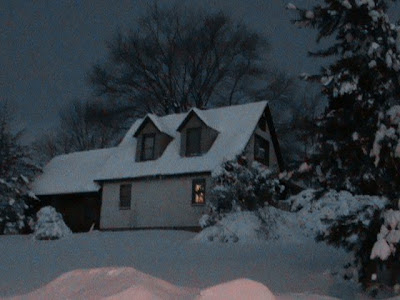 Well, we shoveled our way out of this, eargerly anticipating more this weekend. I have difficulty bending my arms...now that they are 2" longer. Barb has been baking a lot through all this, and I have been sampling her brownies, cobbler, etc. Very good. Gotta go to work now.

Posted by Stephen at 4:56 AM No comments:

Stephen
What can I say?