All In The Family...

While looking for a photo of my Dad's boat I stumbled upon these photos taken when we were stationed in Canada. 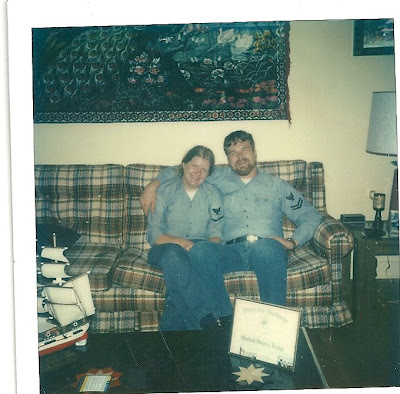 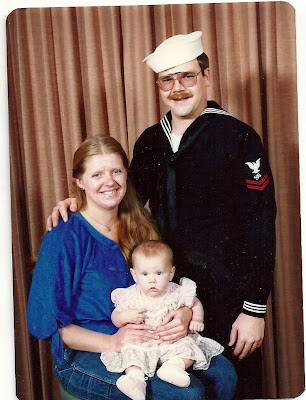 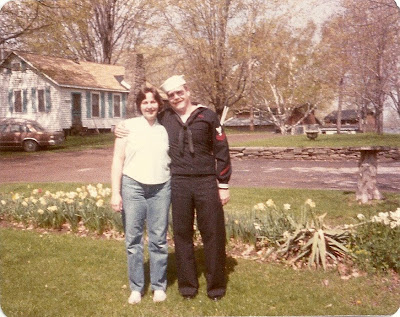 Posted by Stephen at 4:34 AM No comments:

Once in a while some mongoloid butthead will try tell me I'm not a Veteran because
I didn't dodge bullets while crawling in the mud (or sand).

Not sure what the true definition of Veteran is, but I do know I worked hard for my country for 6 long and satisfying years, and will always cherish those days when I was part of something that was vital to the existance of the good ol' USA.

The only advice I can give to a young person is that if he or she decides to serve then they will NEVER regret it... 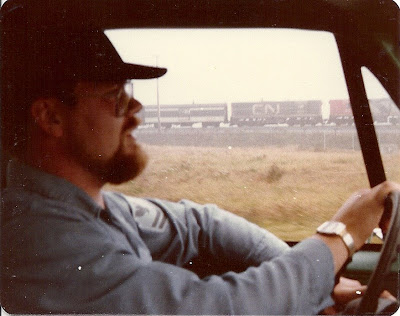 This photo was taken sometime in September 1983 just a few months after Barb and I got hitched. I'm in my dungaree work uniform on the way to the Q-Building (Q is for "Quarters") at Naval Facility, Argentia, Newfoundland. Barb snapped this photo from the passenger's seat. I probably just picked her up at work over the Supply Building at the end of the day. 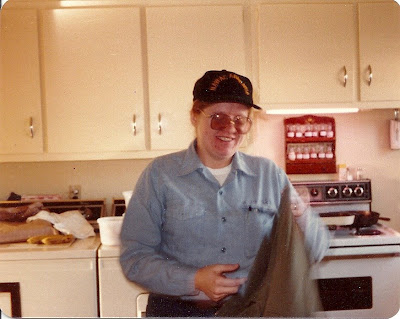 Here's Petty Officer Barb after work. She was an SK3: that's Storekeeper 3rd class.
Gosh Honey, where'd you get those big EYEGLASSES? 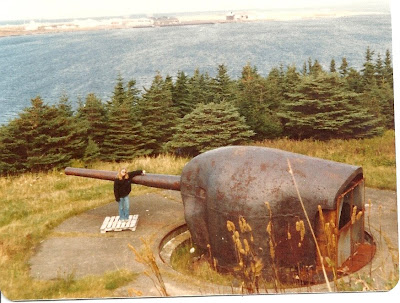 During some downtime we would explore the old Base. Here, Barb poses next to an old 5 inch shore-defense gun overlooking Argentia Harbor. Argentia was an important base during WWII, providing Navy escorts to convoys of freighters carrying war materiel and supplies from the USA to our allies in Europe. Nazi submarines sank hundreds of our freighters in those dark days. 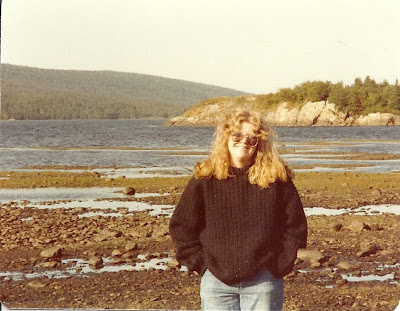 This was snapped at the Northeast Arm Camp, a recreation area for Navy squids who needed a little well-deserved R & R...There were rustic cabins there and BBQs every day. 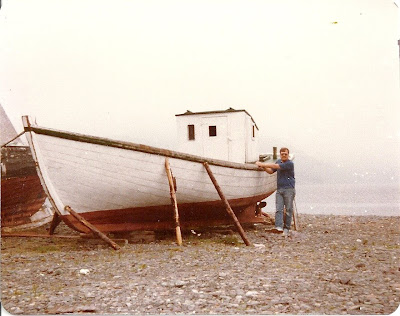 This is my dream boat. This was taken on the shore of Placentia Bay near the Base. I am actively looking for one of these to buy and use on the Chesapeake. Much better than any of the modern boats...and a lot more seaworthy!

Our jobs back then? Well, I consciously cultivate my humility, but setting that aside for a moment I'll break my 24 year silence on the subject. For many years I could not confirm or deny anything about it, but then Uncle Sam declassified that base's mission in the 90's. I'll try to explain it it general terms:

NAVFAC ARG (Naval Facility Argentia) was part of Ocean Systems Atlantic - part of SUBLANTFLT (Submarine Force Atlantic Fleet).
I supervised the Electronics Calibration Lab in the Operations Department.
My Cal Lab calibrated (ensured absolute pin-point accuracy) all the electronic equipment my Oceanographic Technician shipmates used to maintain the then classified SOSUS System arrays that were used to detect, track, and provide targeting intel on all of "Ivan's" (Soviet) nuclear submarines patrolling under the Polar Ice Cap.
[There were NAVFACS all up and down the Atlantic Coast from Keflavik Iceland to Antiqua - all keeping an eye on Ivan's boats.]
That electronic equipment had to be kept as pin-point accurate as possible in order to provide the best targeting data on Ivan's subs, enabling our guys to nuke them all if it came to that. I understand that we were close a few times but by God's Grace we were spared the absolute Hell that a nuclear exchange would usher into our world.

I understand that Ivan still likes hiding under the ice - it's more difficult to get a fix on and reach out to touch him there. The nuclear missiles launched through the ice from those subs could wipe out ALL the cities and strategic targets in the US, including every Army fort, Air Force installation, and Navy Base within 30 minutes if provoked.

The Captain told us our job was "vital" and that a document from our little crew was on President Reagan's desk every morning for his National Security Briefing. Not sure how truthful the Cap'n was there, but that's what he said.

Theoretically Ivan never knew we knew where he was. Practically though, I suspect he knew what we were doing at NAVFAC ARGENTIA. Americans love to brag and St. John's was rife with Soviet Operatives ready to buy a sailor a drink...Navy Intel warned us more than once to beware of strangers drinking "wodka" and buying drinks for service people.
Barb worked her tail off at "ServeMart" and Stock Control our Supply / Logistics Dept. I never had any problem getting Supply support for my Cal Lab.- (thanks Honey!)

NAVFAC ARG was decommissioned in the eighties and turned back over to the Canadians. You can read more about life there at http://www.geocities.com/argentia_ca/index.htm

These days most of this type of intel is gathered by satellites.

Back to the old photo of me driving: We are probably going to check the mail at the post office on the first floor of the Q-Building, go home to our new townhouse in Housing, have supper, then hit the enlisted club. Once in a while the USO would provide some decent entertainment there - usually a rock band from the midwest.

At ARG, we worked hard and played hard.
Off in the distance you can see a supply train on the Canadian National Railroad.

She didn't know it yet but at this point Barb was in her first month of pregnancy with daughter Stephy...

I still have that Casio digital watch you see on my wrist and, and like my wonderful life with Barb, - - it still works fine... just needs batteries now and then.

Found this in some old files from a by-gone day...

Next Veterans Day, if you meet an Air Force veteran, don’t ask him,
"Did you fly a jet?"
For crying out loud - not everyone in the Air Force is a pilot...

If you meet a Navy vet, do not ask him,
"Did you drink a lot of rum?"
Another stereotype! Not all sailors drink rum!
Some like BEER!

Such ignorance…deserves a good ASS-KICKING.
Posted by Stephen at 4:48 AM 20 comments: 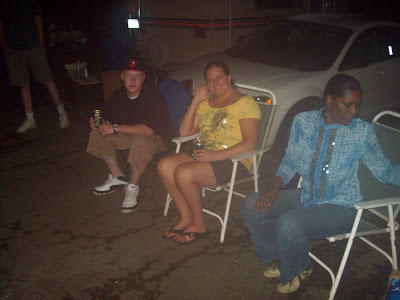 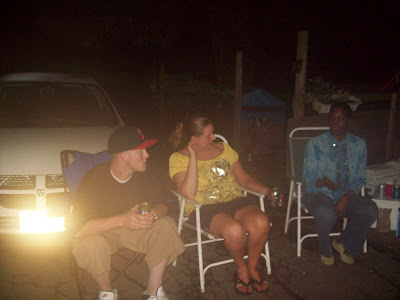 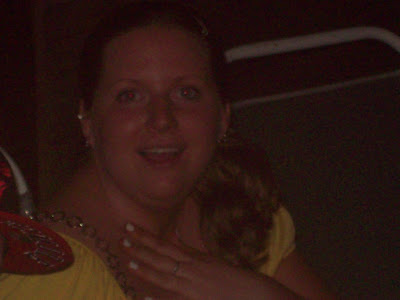 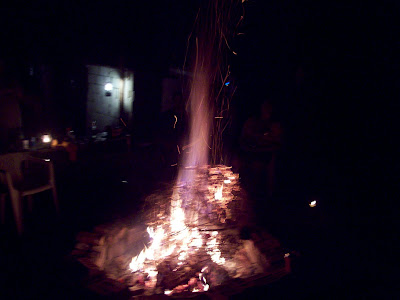 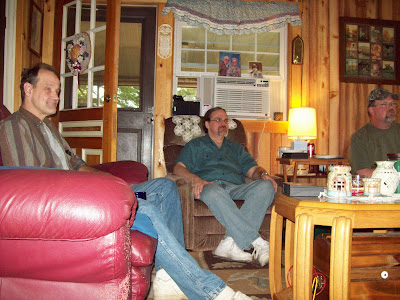 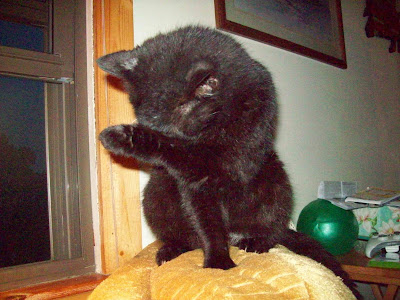 Stephen
What can I say?